Outside professional circles, Cognitive Behavioural Therapy (CBT) doesn’t get all the hype of say, mindfulness, but the two have more in common than you might think. Through a range of practical exercises, CBT helps us evaluate our own thought patterns, laying the groundwork for a more flexible mindset. There’s an established body of evidence to say it works.

What is Cognitive Behavioural Therapy (CBT)?

Those are the words of Ben Crowe, mindset coach of world number 1 tennis player Ash Barty, during an interview on ABC program Conversations.

Facing the pressure of immense expectations, Barty needs to be extra-vigilant about her mental wellbeing. According to Crowe, “she finds the best version of herself” when she focusses on her own “mindset, attitude, and self-worth.”

That how we think is how we feel is the basic principle behind CBT. We all have down days, but when our thoughts are negative all or most of the time, it’s easy to become depressed or anxious.

Employing a range of practical exercises, CBT is a form of psychotherapy designed to give us some breathing room from our negative thought patterns. We learn to spot trends in how we experience the world, empowering us to acquire a more balanced perspective.

Unlike some other forms of therapy, CBT favours exploring the nature of your experience in the present. It does not discount your past experiences, though, for the sake of healing, claims these are important only insofar as they shape your current thought patterns.

CBT is commonly used to combat anxiety and depression, but it has other applications, including helping people reshape their experience of physical symptoms, such as irritable bowel syndrome or chronic pain.

What are negative thought patterns?

Negative thought patterns are known to CBT professionals as “cognitive distortions,” a concept proposed by psychologist Aaron Beck in 1976.

Beck claimed that humans tend to schematise. That is, we form patterns of thought via experience. These are subconscious generalisations – mental shortcuts – that help us through the day to day.

Schematisation serves an important purpose. Imagine the stress if every time you went to school or work it were like going for the very first time. Thought patterns provide a framework for dealing with familiar situations, conserving our mental stores in turn.

But thought patterns aren’t without drawbacks. Sometimes our subconscious downloads an inaccurate representation of the facts to our bank of mental shortcuts. And this can be harmful, especially when the shortcut employs a negative thought pattern.

In The Feeling Good Handbook (1999), psychiatrist David Burns provides a list of definitions to help practitioners and patients identify cognitive distortions. To name just a few:

The defining characteristic of cognitive distortion is an unreasonably negative representation of the facts. When this is our norm, the world never seems to be on our side. And this can get in the way of accomplishing long-term goals, let alone daily tasks.

Thankfully, CBT is a proven strategy to help you learn a more flexible mindset.

Why does Cognitive Behavioural Therapy work?

Professor of psychology Steven D. Hollon has suggested that CBT’s effectiveness might have something to do with evolution.

Negative thoughts, he argues, serve an important purpose. In prehistoric times, any problem threatening social cohesion could prove fatal. So, our biology evolved a specific mechanism to preserve attachments with others.

On this account, depression might alert our attention to social problems. Rumination is a survival tool. We obsess over the social problem until we find a solution, preserving social cohesion.

CBT works, Hollon suggests, because it harnesses these same reflective faculties developed over thousands of years of evolution – though without permitting negative thoughts to linger beyond their due.

“[If] depression is an adaptation that evolved to facilitate rumination in the service of solving complex social problems, then simply medicating that distress may forestall bringing about a resolution to those problems.”

Not only does Hollon provide a justification for CBT, but his perspective might also quieten the self-judgement of those who feel ashamed of negative thought patterns, as if they revealed something innate to them. Instead, the evolutionary explanation says these are simply survival mechanisms – thoughts that might have alerted them to a social problem once but have now outlasted their usefulness.

What does Cognitive Behavioural Therapy look like in practice?

A distinctly practical form of psychotherapy, CBT employs a range of tools and exercises. Though, all share the same fundamental goal of assisting you to evaluate your own thought patterns.

This allows you to step back and realise that cognitive distortions aren’t the essence of your being (we all have them from time to time after all) but simply mental habits.

It makes sense, then, that many CBT therapists assign homework. The more you stick to the program, the more skilled you will become at identifying cognitive distortions, empowering you to choose an alternative mindset.

There are many CBT techniques to explore, such as guided imagery or Socratic questioning, but we will focus for the moment on thought records.

Thought records breakdown CBT into easily digestible steps. Your therapist will guide you through the process at first. As put by Greg Dubord, MD, however, “reason is like a muscle, with the finest results reserved for those who exercise daily.” In the long run, the goal is to practice thought records on your own.

By documenting the experience, you have achieved a more reasonable perspective, easing your distress. Note that thought records aren’t about eliminating all negative factors, but about recognising positive factors too.

Finally, Dubord makes the important point that “thought records should never be a substitute for problem solving…. [an] earthquake-tsunami-fire tragedy would call for action, not a thought record.”

Is Cognitive Behavioural Therapy right for me?

CBT is essentially about teaching you to become your own psychologist, so great results can be achieved over a relatively short number of sessions. This is good news for those unable to commit to years of therapy, for lack of time or money.

For those considering stopping anti-depressants, there is evidence to suggest that CBT is an effective strategy to prevent relapse.

However, for the results to stick, you will need to keep practicing the skills you learn along the way. Fortunately, there are many worksheets available to help you keep up the good work.

CBT requires independent work and for some this can be daunting. In such cases, alternative forms of therapy may be preferred.

Where to from here?

CBT can’t solve all life’s challenges, but by restructuring your relationship to your own mind, it improves your experience of the world around you, and this can make facing life’s challenges a whole lot easier – especially when it comes to recognising the good stuff.

As a popular approach in clinical psychology, you won’t have any trouble finding a CBT expert.

Many of our mental health professionals are trained in CBT to help people facing negative thought patterns, including depression and anxiety, achieve a more flexible mindset.

If you want to make a booking with one of our counsellors or psychologists, call us today at 1300 735 030 or make a confidential online enquiry here. 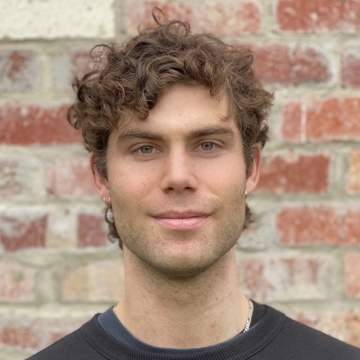 Noah Grundy is a freelance writer with a special interest in evolutionary psychology and neuroscience. Since completing an Honours thesis in Political Theory, Noah has become invested in the intersection of politics with mental health. He is passionate about encouraging both the public and private sectors to consider mental health impacts in their decision-making.

Check out these free guides and tips from the Life Supports team of experts.