You’ve probably heard the term mindfulness bandied about, whether by yoga instructors or medical doctors, school teachers or businessmen – it’s an idea that seems to be sticking around. Depending on your knowledge and beliefs, you may be sceptical about the term, or maybe you’re just curious what all the fuss is about?

There are various definitions of mindfulness, because it’s a notoriously slippery and ephemeral concept. According to US-based science publication Greater Good, mindfulness means, “maintaining a moment-by-moment awareness of our thoughts, feelings, bodily sensations and surrounding environment, through a gentle, nurturing lens.”

Meanwhile the Australian Government’s Health Direct tells us that mindfulness means, “paying full attention to what is going on in you and outside you, moment by moment, without judgement.”

Mindfulness app Headspace, which has listenable guided sessions, defines it as, “the idea of learning how to be fully present and engaged in the moment, aware of your thoughts and feelings without distraction of judgement.”

In academic psychology, legions of papers continue to be written attempting to define the concept – so if you’re not fully across it, you’re not alone.

What most definitions of mindfulness have in common are:

Mindfulness has links to Buddhism, and to the idea of meditation, but unlike many forms of meditation, mindfulness in modern Western psychology is not considered a spiritual practice but a secular one – a psychological exercise, in a sense.

There are all sorts of ways to practice mindfulness, but commonly you might sit, cross-legged or on a chair in a quiet space, close your eyes and practice breathing deeply for a set number of counts, focusing on your breath and allowing your mind to quieten.

The science behind mindfulness

Because mindfulness is quite hard to define, and probably something you experience rather than explain, it can seem a little wishy-washy to people unfamiliar with it. However, there is a scientific support base for claims that mindfulness benefits mental and physical health.

For example, it’s known that mindfulness – especially practiced over the long-term – can dampen activity in the default mode network, the brain region most commonly involved in self-obsessive or anxious ruminations. Dampening activity in this network can induce a calmer state, fewer racing thoughts and a greater sense of presence in daily life.

There is also some evidence that consistent mindfulness can potentially boost your working memory, a brain function that can often be impaired by repeated stress.

It’s important to note here that mindfulness isn’t some magical pill you can take that will banish your stress and anxiety and cure your depression.

Current analysis suggests that mindfulness is not any more effective than other lifestyle activities – like exercise, therapy and drugs – in treating mental health problems. That is to say, mindfulness can be good for you, and is a great practice to incorporate into a broader pattern of self-care, but the evidence so far doesn’t prove it a ‘quick-fix’ all on its own.

What does mindfulness help with?

Mindfulness can be helpful in alleviating common symptoms of mental health issues, or in promoting self-awareness and calm.

Common benefits of mindfulness include:

How to practice mindfulness

If you need a little guidance, there are all sorts of practices – spiritual and secular – that can help you.

Traditional practices like yoga and tai-chi cultivate mindful awareness through movement, incorporating spiritual beliefs. While it’s certainly possible to practice yoga and even tai-chi as primarily physical activities, it’s important to know and be respectful of the roots of these practices, which lie in the ancient belief systems and cultures of Nepal, India, China and other parts of Asia.

There are mindfulness apps that offer guided meditations. These can be long or short, geared towards addressing specific concerns or issues, or simply one-size-fits-all. They can include music and sound, or simply a soothing voice. Commonly used apps include:

There are many organisations that offer classes in mindfulness, especially local meditation centres. Search for a suitable one near you, and give it a try.

Many Life Supports therapists are trained in teaching and instructing mindfulness, as part of the tools taught to regulate your emotions and thoughts.

Some people prefer to have a professional walk them through the practice, so that they feel more confident in practicing it themselves on their daily lives. It’s a habit of thinking that needs to be trained, so it makes sense that some people want help applying it to specific stressful situations that they bring up in the therapy room. 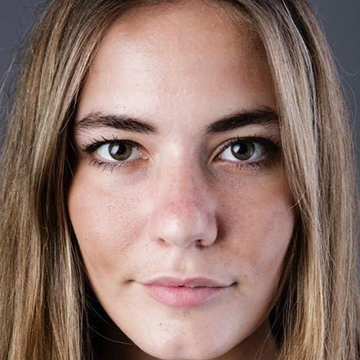